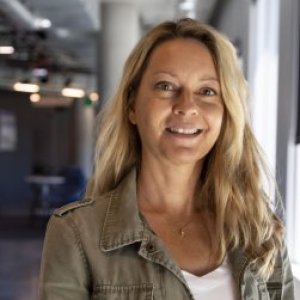 Associate Professor Vanessa Newell is an award-winning writer, director and editor. She teaches film production and editing at LMU.

Before teaching, Vanessa worked as a film and television editor in the entertainment industry. She has edited numerous documentaries that have aired on network and cable television channels, including PBS, NBC and Bravo. She has also edited independent features and many short films, including the Emmy-nominated film Sway.

As writer and director, her short films have won awards and screened at film festivals across North America and Europe, including Palm Springs, Los Angeles, Cinequest, Toronto, Barcelona, Berlin and Warsaw. Her feature script, The Tightrope, was a finalist at the 2003 and 2004 Sundance Filmmakers’ Lab.

Producer and editor of Shoot that Rat