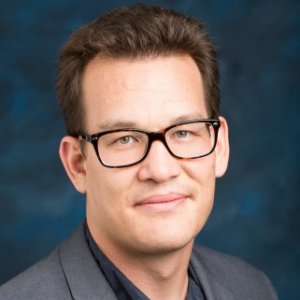 Professor Thomas Herndon earned his B.A. in Economics from the Evergreen State College in 2007, and his Ph.D. in Economics in 2016 from the University of Massachusetts, Amherst. His research spans the fields of Macroeconomics, Political Economy, Econometrics, and Money and Banking. This research uses empirical and historical methods to analyze the macroeconomic and political economic questions of distribution, instability, and growth within the framework of the economy’s interlocking balance sheets. His research has garnered attention by contributing to debates within economics and policy-making circles. His research has appeared in the New York Times, Wall Street Journal, BBC, The Economist, Rolling Stone, and the Colbert Report. In 2013, he was selected for the awards, “Bostonian of the Year Honorable Mention,” from the Boston Globe, and “Leading 100 Global Thinkers,” from Foreign Policy.

Teacher of the Year Award | professional

The Distribution of Risk and the Great Recession: Old Problems, New Crises

Mortgage Fraud and the Great Recession

A Public Banking Option in the United States

Post-Crisis Economic Strains and Policy in Europe and the US  Association for Social Economics at the American Economic Association Annual Conference, Philadelphia , Pennsylvania, January 2018

I estimate the extent to which modifications of privately securitized mortgages increased or forgave debt during the Great Recession and aftermath, from 2008-2014. I find that loan modifications weakened household balance sheets by adding $20 billion to household debt, with the net amount of debt added per modification doubling from 2010-2014. Using a decomposition analysis, I also find that the increase in debt is consistent with capitalization of fees. Capitalization of fees is significant because it has been associated with a principal-agent problem between investors and mortgage servicers which prevented efficient loss mitigation, as well as consumer financial protection abuses.

Losses in the market for private label residential mortgage backed securities (RMBS) were at the epicenter of the financial crisis from 2007-2009. Existing research has shown that a substantial portion of the poor performance of the loans securitized in this market was caused by fraudulent origination practices, and that these practices were misrepresented to investors who purchased securities based on these loans. However, to date no paper has estimated the effects of mortgage fraud on losses from foreclosure in this market. This paper fills this gap by 1) Accounting for total losses from foreclosure due to no/low documentation loans which were known colloquially within the industry as Liar's Loans, and 2) Estimating what portion of these losses can be considered excess from the perspective of the investor. Losses are considered excess in the sense that they were higher than the expected losses for investors, had the loan quality information disclosed to th em been accurate, instead of fraudulent. I find that Liar's Loans account for roughly 70% of total losses, and 36% of losses in Liar's Loans can be considered excess. Projected to the level of the entire market, this implies that $345 billion of the $500 billion in losses from foreclosure are accounted for by Liar's Loans. Roughly $125 billion, or 25% of total market losses, can be considered excess losses caused by fraud in Liar's Loans

This paper estimates the revenue potential of a financial transaction tax (FTT) for U.S. financial markets. We focus on analyzing the revenue potential of the Inclusive Prosperity Act that was introduced in the U.S. House of Representatives in 2012 and the U.S. Senate in 2015. The tax rates stipulated in this Act include 0.5 percent (50 basis points) for all stock transactions; 0.1 percent (10 basis points) for all bond transactions; and 0.005 percent (0.5 basis points) on the notional value of all derivative trades. We examine three sets of evidence to generate potential revenue estimates: 1) the levels of transaction costs in U.S. financial markets over time and within the range of financial market segments; 2) the extent of trading elasticities under various trading conditions; and 3) the current level of trading activity in U.S. financial markets. Based on this evidence, we conclude that a US FTT operating at the tax rates stated above would generate about $250 billion pe r year, assuming that a combination of trading volume decline and tax avoidance generates the equivalent of a 50 percent fall in trading revenue. We then consider additional factors whose impact will reduce the net revenue generated by the Act. Adding up these various considerations, we conclude conservatively that the net revenue potential of this U.S. FTT is around $220 billion per year, which equals approximately 1.2 percent of current U.S. GDP. This revenue estimate as a share of GDP is consistent with experiences in other countries that have operated with FTTs with similar tax rates and other design features. It is also consistent with other projections based on tax rates that are comparable to those we are examining. In addition, we examine the 18-fold increase, between the 1970s and the present, in the ratio of stock market trading relative to productive investment spending by U.S. nonfinancial corporations. This sharp rise in stock market trading as a share of productive investments has not been associated with any growth in productive investments themselves. Working from this evidence, we conclude that a U.S. FTT, which should bring a fall in stock market trading relative to productive investment spending, should not, on balance, produce significant negative effects on productive investments.

Herndon, Ash and Pollin replicate Reinhart and Rogoff and find that coding errors, selective exclusion of available data, and unconventional weighting of summary statistics lead to serious errors that inaccurately represent the relationship between public debt and GDP growth among 20 advanced economies in the post-war period. They find that when properly calculated, the average real GDP growth rate for countries carrying a public-debt-to-GDP ratio of over 90 percent is actually 2.2 percent, not -0:1 percent as published in Reinhart and Rogoff. That is, contrary to RR, average GDP growth at public debt/GDP ratios over 90 percent is not dramatically different than when debt/GDP ratios are lower.