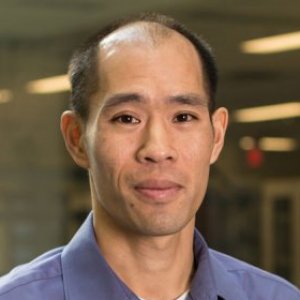 Bioengineer who modifies micro-organisms to produce chemicals (e.g. from beer to fuel). 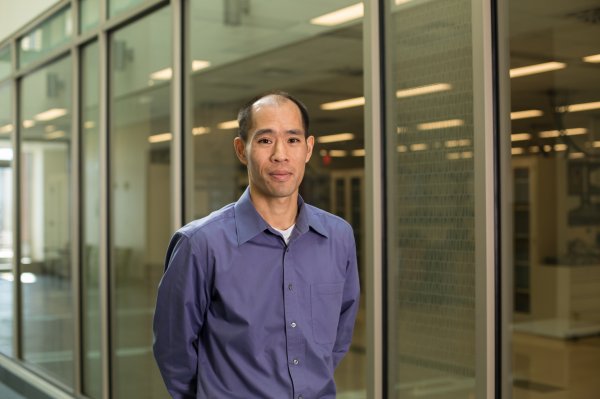 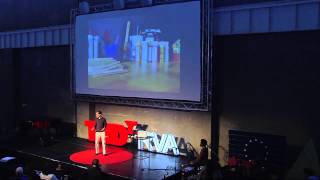 Jamestown archaeologists worked with professors Stephen Fong, Grace Lim-Fong and Hardywood brewers to harvest a strain of yeast from the island which was then used to recreate the beer, Givens said.

Stephen Fong, a VCU engineering professor who lectures on quality assurance and process, is part of an interdisciplinary faculty team aiming to grow the program through the addition of laboratory equipment. The goal is to “bring participants through the entire brewing process from raw materials to the chemical analysis of finished products,” Fong says.

“[We] wanted to provide an avenue for people to be able to do something,” said Stephen Fong, VCU associate professor and EarthHacks mentor. “And by doing something, I mean thinking about it more deeply, diving into it, and saying, ‘I want to learn more about this … is there some solution we can think about?’” “And it doesn’t have to be an overly complicated solution. Sometimes the solutions are simple,” Fong said. “There are small adjustments we could get people to make right now that could alter the long-term results.” “The way we go about our daily lives sometimes isn’t really in the best interest of human well-being,” Fong said. “Extrapolating long-term … short-term maybe it doesn’t make that big a difference, but after a while, there’s a cumulative effect.”

Stephen Fong: There's some things that you can see immediately that you as you walk down the street, and you think you think like hey, I wish I could do something about that and then there's other problems that are so pervasive, And they may be things that you don't see explicitly every day. Fong teamed up with climate scientist Dr. Jeremy Hoffman to bring the hackathon to the Science Museum. Fong: Our premise for this whole thing is, hey, we want as many people involved that are just interested environmental issues. We don't want the barrier to be for them to feel unprepared we just want their enthusiasm and their interest to be the motivating factor.

The Taming Of The Brew: How Sour Beer Is Driving A Microbial Gold Rush

In America's $55 billion craft brew scene, small brewers can't recreate the exact microbial environment used by Belgian lambic-style brewers, but they do "have the freedom to make a small batch of [sour] beer and see how it's accepted," says Virginia Commonwealth University's Stephen Fong, who's working to identify new potential brewing yeasts. So, with sour beer becoming a rising star, brewers are partnering with microbiologists like Fong and his wife, Grace, to find (or "bioprospect") new brewing yeasts and bacteria from strange places — or isolate long-maligned stowaways in the microbiome of sour beers and aging barrels. 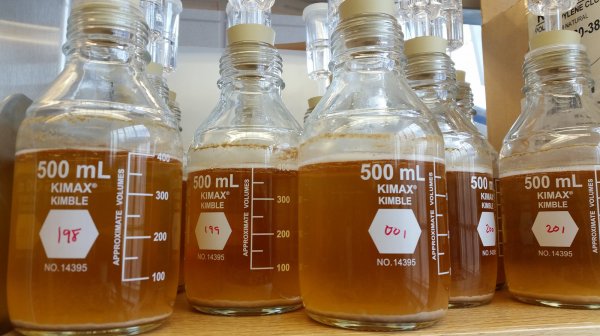 As universities offer beer courses, what do teachers prefer to drink?

Virginia Commonwealth University is starting off its beer program this summer with an introductory course, “P’s & Q’s: An Introduction to Craft Beer,” taught by Lee Graves, a former beer writer for the Richmond Times-Dispatch who has written books about beer in Richmond and Charlottesville. The VCU program, which launches this fall, will involve faculty members Stephen Fong, assistant professor and vice chairman of the VCU Department of Chemical and Life Science Engineering, and Fernando Tenjo, assistant professor in VCU’s biology department.

Hydrogen water: the truth about this new trend

Creating a complex-flavored beer depends on the mixture of organisms you put into it. Recent years have seen a trend in beer science toward bioprospecting, or searching for new sources of wild and local organisms. The more yeasts and organisms that are discovered to be able to contribute something to beer making, the greater the possibility for building even more complex beers or even approximating traditional spontaneously fermented styles. And laboratory techniques to test these components allow brewers to screen out the ones that yield bad results. Stephen Fong, a professor of chemical and life science engineering at Virginia Commonwealth University, and his lab work with local breweries to examine the organisms present in a successful batch of sour beer. They then sequence the DNA of the bacteria culture in order for the brewery to replicate it for future successful batches.

A collaboration between art, biology, and engineering led to development and deployment of a green wall on the VCU Ram Bikes building. 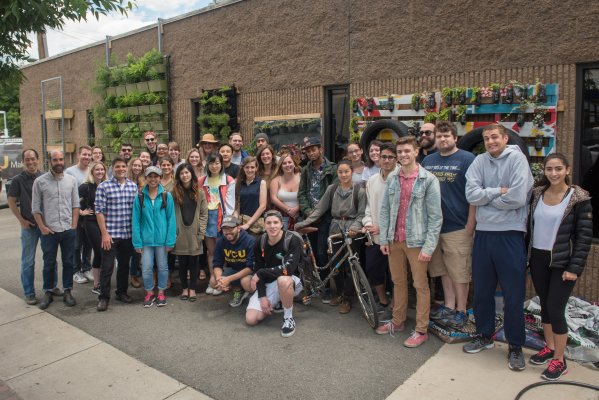 Brewing on the wild side: IU’s Dr. Matthew L. Bochman

Bochman is not alone in pursuing the wild side. An Associated Press posting on June 12, 2016 reports that Stephen Fong, an associate professor of chemical and life-science engineering in the department of Chemical and life sciences at Virginia Commonwealth University in Richmond, Virginia, “is lending his expertise to the region’s fledgling craft beer industry. In Fong’s lab, the flasks of liquid wort—essentially unfinished beer—grow strains of wild yeast collected from the Jamestown historic site.” 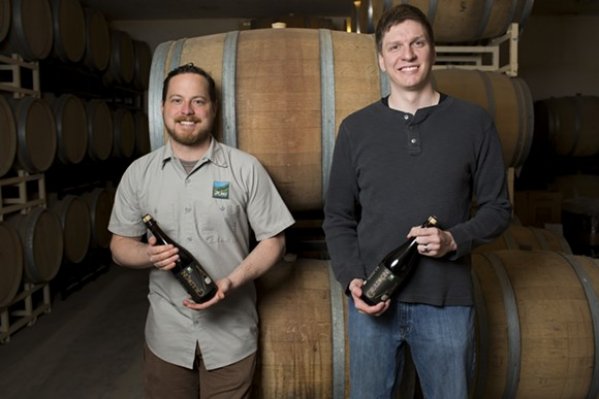 Local breweries are partnering with university labs for better beer

This partnership began when Dr. Stephen Fong, associate professor of Chemical and Life Science Engineering at VCU, took a freshman chemical engineering class to Hardywood Park Craft Brewery. After head brewer Brian Nelson walked them through the details of the brewing process, the students created a process diagram, an important part of the class curriculum.

A laboratory in Virginia Commonwealth University’s department of chemical and life sciences engineering houses flasks of golden- and amber-colored liquids that might contain a microbial spark for the next unique Virginia craft beer. It’s part of an experiment in growing unusual yeast strains, and just the latest of several projects undertaken by Stephen Fong, an associate professor of chemical and life-science engineering at VCU who is lending his expertise to the Richmond region’s fledgling craft beer industry. 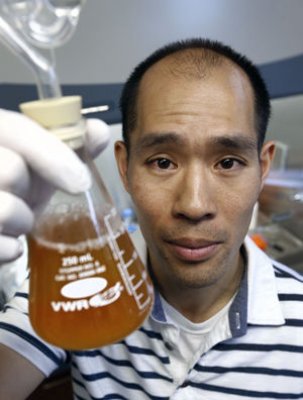 A laboratory in Virginia Commonwealth University’s department of chemical and life sciences engineering houses flasks of golden- and amber-colored liquids that might contain a microbial spark for the next unique Virginia craft beer. It’s part of an experiment in growing unusual yeast strains, and just the latest of several projects undertaken by Stephen Fong, an associate professor of chemical and life-science engineering at VCU who is lending his expertise to the Richmond region’s fledgling craft beer industry. Fong, often joined by his wife, microbial ecology professor Grace Lim-Fong of Randolph-Macon College, has worked with some of the Richmond area’s craft breweries to make their beverages better, while also educating students about the intricacies of engineering and microbiology through the lens of brewing. In Fong’s lab, the flasks of liquid wort - essentially unfinished beer - grow strains of wild yeast collected from the Jamestown historic site. The Fongs are working with Richmond beer maker Hardywood Park Craft Brewery to identify varieties of yeast that might be useful in creating a specialty beer to celebrate the 400th anniversary in 2019 of the first representative assembly in the New World, held at Jamestown. The project is a long-term one because making beer from wild yeast - as opposed to the domesticated yeast that brewers typically use for fermentation - is a hit-or-miss experiment whose outcome remains uncertain right now.

The field of synthetic biology has made rapid progress in a number of areas including method development, novel applications, and community building. In seeking to make biology “engineerable,” synthetic biology is increasing the accessibility of biological research to researchers of all experience levels and backgrounds. One of the underlying strengths of synthetic biology is that it may establish the framework for a rigorous bottom-up approach to studying biology starting at the DNA level. Building upon the existing framework established largely by the Registry of Standard Biological Parts, careful consideration of future goals may lead to integrated multi-scale approaches to biology. Here we describe some of the current challenges that need to be addressed or considered in detail to continue the development of synthetic biology. Specifically, discussion on the areas of elucidating biological principles, computational methods, and experimental construction methodologies are presented.

Constraint-based genome-scale metabolic models are becoming an established tool for using genomic and biochemical information to predict cellular phenotypes. While these models provide quantitative predictions for individual reactions and are readily scalable for any biological system, they have inherent limitations. Using current methods, it is difficult to computationally elucidate a specific network state that directly depicts an in vivo state, especially in the instances where the organism might be functionally in a suboptimal state. In this study, we generated RNA sequencing data to characterize the transcriptional state of the cellulolytic anaerobe, Clostridium thermocellum, and algorithmically integrated these data with a genome-scale metabolic model. The phenotypes of each calculated metabolic flux state were compared to 13 experimentally determined physiological parameters to identify the flux mapping that best matched the in vitro growth of C. thermocellum. By this approach we found predicted fluxes for 88 reactions to be changed between the best solely computational prediction (flux balance analysis) and the best experimentally derived prediction. The alteration of these 88 reaction fluxes led to a detailed network-wide flux mapping that was able to capture the suboptimal cellular state of C. thermocellum.

Industrial production of solvents such as EtOH and BuOH from cellulosic biomass has the potential to provide a sustainable energy source that is relatively cheap, abundant, and environmentally sound, but currently production costs are driven up by expensive enzymes, which are necessary to degrade cellulose into fermentable sugars. These costs could be significantly reduced if a microorganism could be engineered to efficiently and quickly convert cellulosic biomass directly to product in a one-step process. There is a large amount of biodiversity in the number of existing microorganisms that naturally possess the enzymes necessary to convert cellulose to usable sugars, and many of these microorganisms can directly ferment sugars to EtOH or other solvents. Currently, the vast majority of cellulolytic organisms are poorly understood and have complex metabolic networks. In this review, we survey the current state of knowledge on different cellulases and metabolic capabilities found in various cellulolytic microorganisms. We also propose that the use of large-scale metabolic models (and associated analyses) is potentially an ideal means for improving our understanding of basic metabolic network function and directing metabolic engineering efforts for cellulolytic microorganisms.