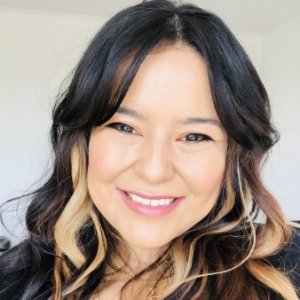 Priscilla Leiva is an Assistant Professor of Chicana/o and Latina/o Studies at Loyola Marymount University. She received her Ph.D. in American Studies and Ethnicity from the University of Southern California in 2014 and holds a B.A. in American Studies from Yale University. Her research interests include relational ethnic studies, urban history and sports history, particularly as it relates to place making and community formation. She is currently working on a book manuscript that examines how stadiums have produced and sustained racial meanings that shape ideas about the city and belonging. She is also the lead researcher for Chavez Ravine: An Unfinished Story, an oral history and archival collaboration that documents a long history of displacement and its aftermath in Los Angeles. Her research has been funded by the Andrew W. Mellon Foundation, American Council of Learned Societies, Social Science Research Council Mellon Mays Foundation, Smithsonian Institution, and University of Texas at Austin Center for Mexican American Studies. Her public humanities work includes collaborations with the Smithsonian National Museum of American History, LA Plaza de Cultura y Artes, Imagining America, Los Angeles County Museum of Art and, most recently, Boyle Heights Museum.

"Facing the Nation and the University: A Model for Institutional Transformation"

" Kalfou: A Journal of Comparative and Relational Ethnic Studies

This essay responds to George Sánchez’s invitation to start in a specific place in order to describe his impact as both a scholar and an institution builder. This essay will do so by putting two of his pieces in conversation: “Face the Nation,” which offers new conceptual frameworks to understand a multiracial society, and “Crossing Figueroa: The Tangled Web of Diversity and Democracy,” in which he theorizes the role of the university and the struggle for democracy both inside and outside its walls. By reading these two pieces together, scholars of racial formation may gain insight regarding three critical interventions that the field now takes for granted. First, multiracial interaction is regularly a research topic that complicates binaries of Black and white because Sánchez, his colleagues, and his predecessors began asking different questions about race. His students have been central to pushing the edges of the field, proving that good mentorship is more than generosity. Second, the fact that Sánchez, a preeminent historian, engages multiple fields in theorizing multiracial interaction demonstrates the political urgency of reading and writing beyond the discipline. Lastly, Sánchez’s efforts to diversify university faculty and create conditions of success for faculty of color is central to making the university live up to its promises of civic responsibility and democracy. Ultimately, his body of work both on and off the page demonstrates his importance in bringing different worlds, disciplines, and individuals together.

Black and Brown in Los Angeles: Beyond Conflict and Coalition

This essay explores African American and Latina/o community of the Raider Nation as both a construction of the franchise, its owner and players as well as by Raiders fans themselves who positioned their team as a symbol of a different Los Angeles, one in which the invisible and underdogs become champions.