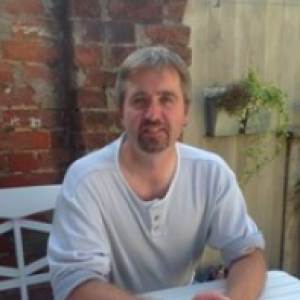 He explores the economics of sport, looking at why people watch sport, understanding sporting performance and the wider impact of sport.

Will the European Super League bring serious consequences? Let our expert explain what’s at stake for athletes and fans 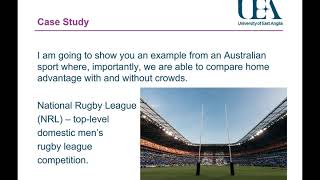 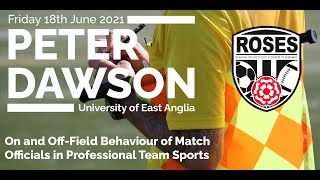 Peter Dawson is Associate Professor in Economics in the School of Economics at UEA. He explores the economics of sports – addressing issues such as: home advantage in competitive team sports; the performance of referees (in terms of home crowd influence and unintentional refereeing bias); the influence of video reviews on on-field decisions; the impact of hosting Olympic Games on sports participation and well-being among host populations; the efficiency of sports team managers; and spectator habits (live and remote).

Peter has undertaken projects for UEFA, the UK’s Department of Culture Media and Sport (DCMS), and Norwich City FC. His work for the DCMS involved assessing the impact of the London 2012 Olympics on sports participation amongst the UK public. He has presented on sports economics at major conferences in Florida, Vancouver, Seville, and Antwerp.

Nominated for “Advisor of the Year”

Winner for “Most Inspiring Teaching”

Dr Peter Dawson, a reader in economics at the UEA’s school of economics, said: “Research suggests that people spend up to 25% more in restaurants and bars during major sporting events, based on previous tournaments, and potentially that could go up even more if England qualify for the final.”

Do Umpires Call Them As They Are or As They See Them?

Umpires deny the validity of the study, just as soccer referees deny they favor the home team. A study by Peter Dawson published in the Journal of Royal Statistical Society Series A analyzed more than 2,500 English Premiership matches and found that more penalty cards were given against away teams.

Abuse is not a zero-sum game! The case for zero tolerance of match official physical and verbal abuse

Emergent research has investigated the impact of abuse on the decision of match officials to leave their sport. The existing literature is largely descriptive and qualitative. Based on large surveys of football referees in France and the Netherlands, this paper investigates the factors that are associated with the verbal and physical abuse of the referees and also the association of this abuse with the intentions of referees to quit officiating.

The regulation of on-field competition by officials is an important aspect of the management of sport. Increasingly, sports are providing technological support for officials to aid their decision making.

Sports participation as an investment in (subjective) health: a time series analysis of the life course

The causal relationship between sports participation, as physical activity, and subjective health is examined accounting for the London 2012 Olympic Games, which it was hoped would ‘inspire a generation’ by contributing to public health. Improvements to weaknesses in the literature are offered.

Is it Pleasure or Health from Leisure that We Benefit from Most? An Analysis of Well-Being Alternatives and Implications for Policy

International policy now constantly advocates a need for populations to engage in more physical activity to promote health and to reduce society’s health care costs. Such policy has developed guidelines on recommended levels and intensity of physical activity and implicitly equates health with well-being.

Refereeing and infringement of the rules

Handbook on the Economics of Professional Football


It is without doubt that player indiscretions–both verbal and physical–and the resulting sanctions imposed by match officials (referees) are an integral part of professional team sports that have become an increasingly popular area of academic endeavour. This is particularly the case in professional football (soccer) where a growing literature has investigated the on-field performance of agents.

Olympic news and attitudes towards the Olympics: a compositional time-series analysis of how sentiment is affected by events

Sentiment affects the evolving economic valuation of companies through the stock market. It is unclear how ‘news’ affects the sentiment towards major public investments like the Olympics.