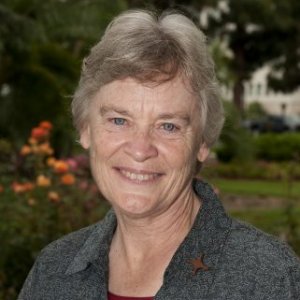 Professor Emeritus of Philosophy and Distinguished Scholar in Residence

I have always been very interested in languages, texts and translations. For this reason, my training in Medieval Philosophy has given me ample opportunity to study how different texts move from one culture to another, from one language to another. In their movement these texts (and the authors they reveal) have an impact far beyond their own original time and place. I am especially interested in how thinkers of Islamic, Jewish and Christian cultures influenced one another, and the way in which they (and their texts) created a circle of dialogue in the thirteenth and fourteenth centuries. My research and publications focus on the Franciscan tradition and particularly the thought of the Subtle Doctor, John Duns Scotus. In reflecting on his thought, I have been able to explore how Franciscan spirituality influences his philosophical questions and positions.

I began my studies here at LMU as an undergraduate and did my Masters and Doctoral work at the University of Fribourg, Switzerland. After 25 years here in the Philosophy Department, I was invited to join the faculty of the Franciscan School of Theology, formerly at GTU (Berkeley) and now located in Oceanside, affiliated with the University of San Diego. Now back at LMU as Scholar in Residence, I continue to teach at FST in my position as Professor of Philosophical Theology.