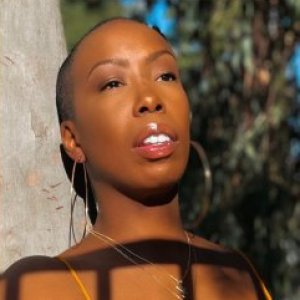 Miss Prissy // The Queen of Krump

Marquisa Gardner aka Miss Prissy was first discovered in the feature film entitled RIZE distributed by Lions Gate in 2005. It told the story of a growing form of street dance called Clowning and KRUMP. As a result of the film’s success and popularity, she was labeled the Queen of Krump. Her career took off, and she began touring on world arena stages with Madonna as a backup dancer. That opened many doors for her, and she was signed to a record label, did background vocals for the feature film “Alvin and The Chipmunks”, was featured as a principal dancer in “Stomp the Yard”, and began modeling for Beyoncé’s clothing line IVY PARK. In the glare of the spotlight, Marquisa grew tired of giving so much to the world, and not sewing seeds into the community she was from, and so she put her career to the side to become a local activist. She formed a company of black and brown youth, who like her were creative triple threats. They used their talents to convey powerful messages about inequality and social injustice. In doing so, her dance company Throne was born.

As a first time filmmaker, Marquisa developed, produced and directed a 45 minute creative documentary entitled THY QUEENDOM COME that showcased some of the most powerful children and young adults in her community. It tells their stories through the performing arts. With the help of her community, and a small independent film company entitled “MICHEAL& ISRAEL FILMS”, she was able to bring her life dream to fruition. The film had it’s World Premiere at the Dances With Films Independent Film Festival at the Chinese Theater in Hollywood.Marquisa is developing a reality TV series based on her documentary that will take Throne across the country, and around the world to empower black and brown youth using the arts to spread messages of hope, love, and light.