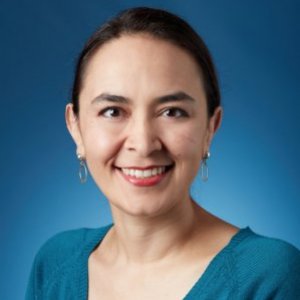 Professor Marcela García-Romero was born and raised in Mexico City. She earned a BA in Philosophy at the University of Navarre, Spain. She received her PhD in Philosophy in 2008 from the Ludwig-Maximilians-Universität in Munich, Germany, where she then worked as assistant professor. In 2012, she returned to Mexico to teach at Universidad Iberoamericana. From 2014 to 2016 she was a full-time research fellow at the Institute for Philosophical Research in Mexico's National University (UNAM). Before coming to LMU, she was a researcher and professor at UNAM and at Universidad Michoacana in Morelia, Mexico, where she coordinated the PhD in Philosophy program.

Professor García-Romero's work centers on two main areas of philosophy. One main focus is German idealism, particularly the philosophy of the late Schelling and discussions regarding reality, life, human activity, freedom, and the limits of reason. Her other area of specialization is Ontology, specifically discussions on what it is to be and to exist, and the degree to which our concepts can grasp actual being. Professor García-Romero has published extensively on these topics in German, English and Spanish. She is a member of the editorial board of the academic journal Philosophisches Jahrbuch and a member of the executive committee of the North American Schelling Society. She is currently working on a book project on the late Schelling's reception of Aristotelian metaphysics.