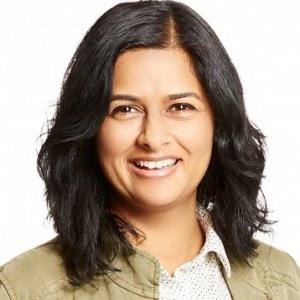 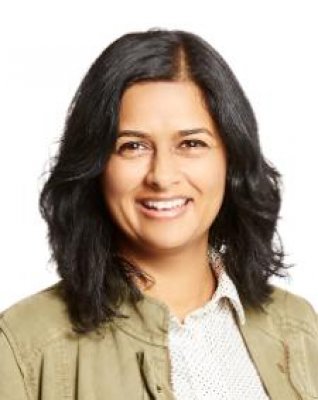 Leena Pendharkar is an award-winning writer, director and producer working in film, television and new media. She is currently in post production on her sophomore feature film, 20 Weeks, about a couple who must decide on how to move forward in their pregnancy after their baby is found to have an issue at the 20 week scan.

She recently wrote and directed the short film, Dandekar Makes a Sandwich, which won the Grand Jury Prize for short filmmaking at the Indian Film Festival of Los Angeles, and was selected as a Vimeo Staff Pick. Her feature script, Days with Dandekar, won a Tribeca All Access grant and was workshopped in the FIND Screenwriters Lab.

Her first feature film, Raspberry Magic, about a young girl’s connection to nature, with Bella Thorne and Alison Brie, screened in over 25 film festivals, and was called “heartwarming with a strong crossover appeal” by Variety, and received the Audience Award at the Philadelphia Asian American film festival. It is now available on Starz TV, DirectTV, GooglePlay, Amazon and more.

Leena has also worked extensively in new media, and her short films, sketches and web series have been featured on Funny or Die, FailBlog, Hello Giggles, the Comediva Network and many other places. Leena also does freelance video work for a number of clients, especially commercials.

She holds a Master’s degree in Journalism with an emphasis in Documentary Film/New Media from the UC-Berkeley Graduate School of Journalism. Leena got her start in media as a print journalist, then later in the world of documentaries, freelancing for Yahoo, PBS Frontline, A&E Biography and many other places.

September 2012 Received grant from Celtx software for So Natural sketches.

May 2011 Development grant for sophomore feature, A Day with Dandekar.

For a limited time on Vimeo, you can watch Dandekar Makes a Sandwich, a short film about one man’s quest to make the perfect sandwich. The under-10-minute film is set at a grocery store where retiree RK Dandekar, played by Brian George (Seinfeld, Big Bang Theory), seeks out his ingredients.

A Los Angeles couple in their 30s, Maya Closson and Ronan Baines, must decide whether or not to move forward with their pregnancy after their baby is diagnosed with a serious health issue at the 20-week scan. Their doctor advises them of their options: They can terminate by week 23, or continue with the pregnancy. But before making any further choices, they are advised to undergo genetic testing to see if the issue is associated with any genetic syndromes. The couple can’t think straight. While they’re in love with their baby, they’re divided on what his quality of life will be, and immediately there is a huge wedge in their relationship. What follows is a roller coaster of highs and lows and a very difficult set of decisions that have to be made.

“When I first moved here, I was like, ‘Where are all the punk kids?,” says Sharon Mooney, describing coming to Los Angeles to teach at Loyola Marymount University two years ago. “The first place I saw one was at the library. I saw a girl wearing an Adicts shirt and I was like, ‘OK, I gotta hang out at the library.'”

Panelist: Girl Power: Behind the Lens