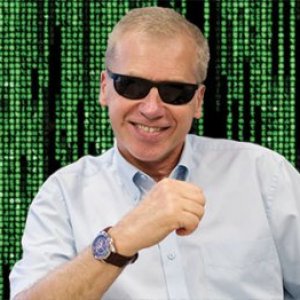 Dr. Krzysztof “Krys” Cios is a professor of Computer Science and directs the CIOS Lab: Data Mining and Biomedical Informatics. His research interests are in the areas of machine learning and data mining.
He was advisor of 17 doctoral students, who are now professors at the US, Australian, Vietnamese and Thai universities, work at companies such as Google, Amazon Robotics, General Motors, NASA and Proctor and Gamble.
He published 3 books and over 200 articles.

Fellow of the IEEE | professional

“for contributions to data mining and machine learning”

Fellow of the American Institute for Medical and Biological Engineering | professional

For outstanding contributions to the application of computer science to the analysis of biological data.

Member of the Kosciuszko Foundation Collegium of Eminent Scientists | professional

For outstanding achievements and contributions to the scientific community.

For outstanding contributions to artificial intelligence.

AGH University of Science and Technology

AGH University of Science and Technology

With Amazon on its way, Virginia colleges prepare to deal with a nationwide problem: hiring computer science professors

“It is an unfulfilled need,” said Krys Cios, the chairman of Virginia Commonwealth University’s computer science department. “Everyone is looking for employees with computer science skills.”

“Everybody’s using computer science. We can’t live without computers,” Cios said. “This just creates more opportunities for students and gets them more prepared.” 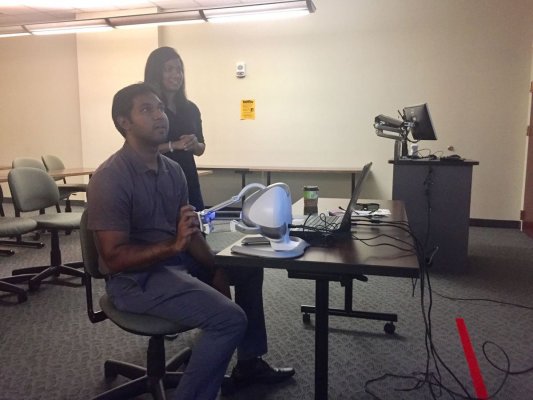 Down syndrome (DS) is a chromosomal abnormality (trisomy of human chromosome 21) associated with intellectual disability and affecting approximately one in 1000 live births worldwide. The overexpression of genes encoded by the extra copy of a normal chromosome in DS is believed to be sufficient to perturb normal pathways and normal responses to stimulation, causing learning and memory deficits. In this work, we have designed a strategy based on the unsupervised clustering method, Self Organizing Maps (SOM), to identify biologically important differences in protein levels in mice exposed to context fear conditioning (CFC). We analyzed expression levels of 77 proteins obtained from normal genotype control mice and from their trisomic littermates (Ts65Dn) both with and without treatment with the drug memantine. Control mice learn successfully while the trisomic mice fail, unless they are first treated with the drug, which rescues their learning ability. The SOM approach identified reduced subsets of proteins predicted to make the most critical contributions to normal learning, to failed learning and rescued learning, and provides a visual representation of the data that allows the user to extract patterns that may underlie novel biological responses to the different kinds of learning and the response to memantine. Results suggest that the application of SOM to new experimental data sets of complex protein profiles can be used to identify common critical protein responses, which in turn may aid in identifying potentially more effective drug targets.

A new density-based clustering algorithm, RNN-DBSCAN, is presented which uses reverse nearest neighbor counts as an estimate of observation density. Clustering is performed using a DBSCAN-like approach based on k nearest neighbor graph traversals through dense observations. RNN-DBSCAN is preferable to the popular density-based clustering algorithm DBSCAN in two aspects. First, problem complexity is reduced to the use of a single parameter (choice of k nearest neighbors), and second, an improved ability for handling large variations in cluster density (heterogeneous density). The superiority of RNN-DBSCAN is demonstrated on several artificial and real-world datasets with respect to prior work on reverse nearest neighbor based clustering approaches (RECORD, IS-DBSCAN, and ISB-DBSCAN) along with DBSCAN and OPTICS. Each of these clustering approaches is described by a common graph-based interpretation wherein clusters of dense observations are defined as connected components, along with a discussion on their computational complexity. Heuristics for RNN-DBSCAN parameter selection are presented, and the effects of k on RNN-DBSCAN clusterings discussed. Additionally, with respect to scalability, an approximate version of RNN-DBSCAN is presented leveraging an existing approximate k nearest neighbor technique.

Management of hyperglycemia in hospitalized patients has a significant bearing on outcome, in terms of both morbidity and mortality. However, there are few national assessments of diabetes care during hospitalization which could serve as a baseline for change. This analysis of a large clinical database (74 million unique encounters corresponding to 17 million unique patients) was undertaken to provide such an assessment and to find future directions which might lead to improvements in patient safety. Almost 70,000 inpatient diabetes encounters were identified with sufficient detail for analysis. Multivariable logistic regression was used to fit the relationship between the measurement of HbA1c and early readmission while controlling for covariates such as demographics, severity and type of the disease, and type of admission. Results show that the measurement of HbA1c was performed infrequently (18.4%) in the inpatient setting. The statistical model suggests that the relationship between the probability of readmission and the HbA1c measurement depends on the primary diagnosis. The data suggest further that the greater attention to diabetes reflected in HbA1c determination may improve patient outcomes and lower cost of inpatient care.