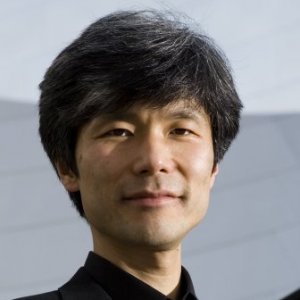 Ken Aiso is internationally recognized as one of today’s most musical and versatile violinists. His playing is praised not only for his singularly beautiful tone, but also for the unique atmosphere of intimacy he evokes as he draws in his audiences.

As recitalist and chamber musician, Mr. Aiso has performed widely in Europe, the US and Japan with appearances at prestigious concert halls such as the Concertgebouw (Amsterdam), Musikverein (Vienna), Wigmore and Queen Elizabeth Halls (London). He is a graduate of Royal Academy of Music in London, and is a prize winner of Long-Thibaud Competition in Paris and International Music Competition of Japan. In 2003 he was honoured to appear before the Emperor and Empress of Japan. In recent years, performing and teaching have also taken him to Georgia, Bolivia and Kazakhstan.

Mr. Aiso has been invited to renowned music festivals in Europe, India and Bolivia, and has been a faculty member at Montecito Summer Music Festival in Southern California since 2008. He is an active performer in period instrument scene, and is a member of Orchestra of the Age of Enlightenment, and has regularly performed with Orchestre Révolutionnaire et Romantique, as well as London Philharmonic, Mahler Chamber, English Chamber and Scottish Chamber Orchestras in all major concert venues in Europe and USA. He was elected an Associate of the Royal Academy of Music in 2005.

Mr. Aiso currently teaches violin and viola and is the Director of String Ensemble at Loyola Marymount University in Los Angeles and an Adjunct Faculty at La Sierra University in Riverside. He has co-founded Soundness Festival in the UK, bringing awareness of classical music as vibrational healing medium, working in music meditation and improvisation workshops. His holistic work includes music at hospitals and institutions for special needs children.