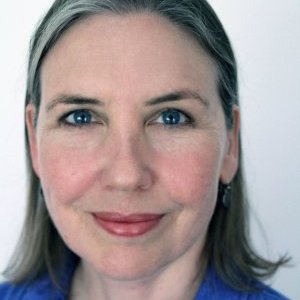 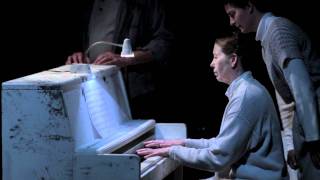 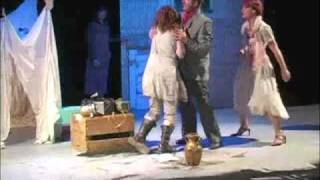 Katharine Noon is the chair of the LMU theatre department. She teaches acting, voice, movement and ensemble devising courses. In addition she directs various productions for the department. Professor Noon is also the artistic director of the Ghost Road Company. ⁠
⁠
A  partial list of her Director/Conceiver/Writer/Performer credits includes Jocasta; a Motherf****ng Tragedy at the Broadwater (collaborator/performer) - 2019, Paderewski in America (lyricist/librettist) Geffen Playhouse - 2018, Asterion at the Grotowski Institute in Poland and at The Getty Villa in 2017 and prior workshop presentations at Atwater Village Theatre (2016). In 2015 a commission from the Polish Consulate in Los Angeles and the Mickiewicz Institute in Warsaw to direct A Couple of Poor Polish-Speaking Romanians by Dorota Maslowska at the Lillian Theatre in Los Angeles. The Bargain and the Butterfly that performed at South Coast Repertory Theatre in 2014, Kommuna Warsawa in Warsaw in 2013 and premiered in Los Angeles at Artworks in 2013. Pantofelnik’s Suitcase by Malgorzata Sikorska-Miszczuk was staged at Atwater Village Theatre in 2011 and toured to the Korczak Festival in Warsaw in 2013. Stranger Things (collaborator/performer) premiered at the Ko Festival in Amherst and AVT in Los Angeles in 2011. Home Siege Home, an adaptation of the Oresteia in 3 parts (conceiver/director) performed at NaCl (New York), Arcata Playhouse, Getty Villa and [Inside] the Ford in 2008/2009. ⁠
⁠
Other work includes Orestes Remembered: The Fury Project, Powerhouse Theatre and Fury Factory Festival in San Francisco. The company has made numerous trips to Poland to collaborate with companies such as Studium Teatralne and most recently Teatr ZAR. Katharine is also the recipient of the Lee Melville Award for contribution to Los Angeles Theatre.⁠

California Institute of the Arts