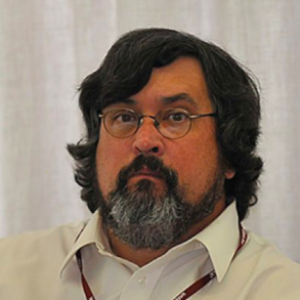 He leads major projects to assess & predict the impact of climate change on the planet’s animals, plants & range of other natural features.

Jeff Price is Associate Professor for Biodiversity in the Tyndall Centre for Climate Change at UEA. He leads major projects to assess and to predict the impact of climate change on the planet’s animals, plants and wide range of other natural features. He is identifying areas of the world that are most resilient to the impacts of climate change and drawing up priorities for an increased focus on conservation efforts. He produces reports for individual countries on the impact of climate change in their protected regions – drawing on satellite data to determine “climatic refugia” (areas that remain relatively buffered from modern climate change and that should be more strongly protected, nurtured and restored).

Much of Jeff’s work feeds into the Wallace Initiative (a partnership between UEA and James Cook University in Australia that brings together experts to look at the potential impacts of climate change on global terrestrial biodiversity). Jeff previously worked as Managing Director for Climate Change Adaptation with the World Wildlife Fund in Washington DC, as Director of Climate Impact Studies at American Bird Conservancy, and as an Associate Professor at California State University.

Jeff Price is a senior researcher at the Tyndall Centre for Climate Change Research at the University of East Anglia. Last year, he completed a case study on Norfolk to identify which species would find the area uninhabitable by rising temperatures. “It’s a wake up call that we need to be monitoring these species,” he told Wired in April.As a result of climate change, intensive farming and urbanisation, more than one in ten of the UK’s wildlife species is threatened with extinction, making it “among the most nature depleted countries in the world”, according to a major report published in 2016.

Limiting warming to 1.5 degree C would save majority of global species from climate change

Co-author Dr Jeff Price, also from UEA, added: "Examples of animals to really benefit from limiting warming to 1.5 include the critically endangered Black RhinoCeros, which is already highly threatened by poaching and habitat loss. "There are also species which have been important in evolutionary theory and studied since the time of Charles Darwin, which would benefit from limiting warming to 1.5oC. These include Darwin's Finches of the Galapagos, such as the Large Ground Finch."

Lead researcher Dr Jeff Price, from UEA's Tyndall Centre for Climate Change Research and School of Environmental Sciences, said: "This research shows that climate change really will pose increasing risks to biodiversity both globally and in Norfolk. "This is a comprehensive investigation of how climate change will impact Norfolk's biodiversity. I was able to carry out this research thanks to a long tradition of citizen science in the county. The Norfolk and Norwich Naturalist's Society was founded in 1869 and their members provided data used in the study.

Dr Jeff Price, coordinator of the Wallace Initiative and also from UEA, said: "This research provides a view on the differing spatial impacts of climate change on biodiversity. It shows the benefits of combining citizen science with the research and resources of highly-ranked universities to assist an NGO with their conservation activities."