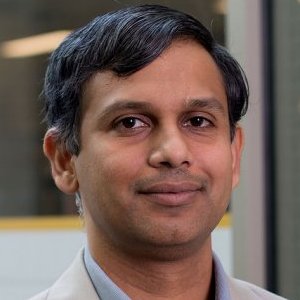 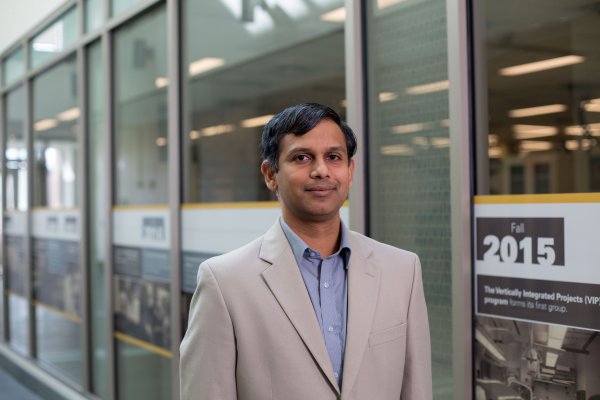 Jayasimha Atulasimha is a Qimonda Professor of Mechanical and Nuclear
Engineering with a courtesy appointment in Electrical and Computer Engineering at the Virginia
Commonwealth University. He has authored or coauthored ~80 journal publications on
magnetostrictive materials, magnetization dynamics, spintronics and nanomagnetic computing.
His current research interests include nanomagnetism, spintronics, multiferroics, nanomagnetic
memory and neuromorphic computing devices. He is a fellow of the ASME, an IEEE Senior
Member and current chair for the TC on Spintronics, IEEE Nanotechnology Council.

Institute of Electrical and Electronics Engineers

Press for our article published in Nature Electronics, 2020 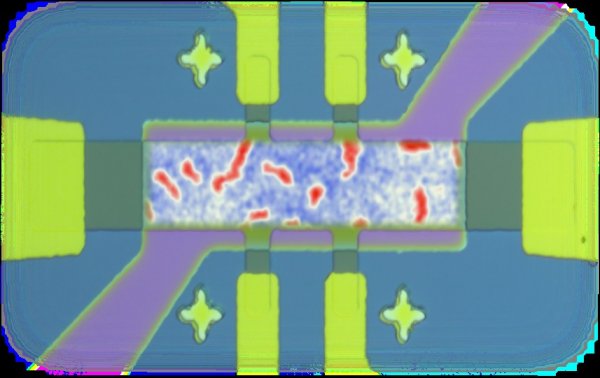 "When you look at the energy reduction that this affords, it's a major change," said Jayasimha Atulasimha, Ph.D., Qimonda associate professor in the Department of Mechanical and Nuclear Engineering. "This has the potential to significantly reduce the energy consumption in switching non-volatile magnetic memory devices." Read more at: https://phys.org/news/2016-11-big-cloud-storage-energy-efficient.html#jCp

"Researchers have proposed a new type of artificial neuron called a 'straintronic spin neuron' that could serve as the basic unit of artificial neural networks—systems modeled on human brains that have the ability to compute, learn, and adapt. Compared to previous designs, the new artificial neuron is potentially orders of magnitude more energy-efficient, more robust against thermal degradation, and fires at a faster rate. The researchers, Ayan K. Biswas, Professor Jayasimha Atulasimha, and Professor Supriyo Bandyopadhyay at Virginia Commonwealth University in Richmond, have published a paper on the straintronic spin neuron in a recent issue of Nanotechnology..."

According to Bandyopadhyay and Jayasimha Atulasimha, an assistant professor of mechanical and nuclear engineering in the VCU School of Engineering who serves as co-principal investigator on the project, this research could lead to a type of digital computing system ideal for medical devices such as processors implanted in an epileptic patient’s brain that monitor brain signals to warn of impending seizures...

Magnetic skyrmions are topological spin textures that could be used to create magnetic memory and logic devices. Such devices typically rely on current-controlled motion of skyrmions, but using skyrmions that are fixed in space could lead to more compact and energy-efficient devices. Here we report the manipulation of fixed magnetic skyrmions using voltage-controlled magnetic anisotropy. We show that skyrmions can be stabilized in antiferromagnet/ferromagnet/oxide heterostructure films without any external magnetic field due to an exchange bias field. The isolated skyrmions are annihilated or formed by applying voltage pulses that increase or decrease the perpendicular magnetic anisotropy, respectively. We also show that skyrmions can be created from chiral domains by increasing the perpendicular magnetic anisotropy of the system. Our experimental findings are corroborated using micromagnetic simulations.

An energy-efficient voltage-controlled domain wall (DW) device for implementing an artificial neuron and synapse is analyzed using micromagnetic modeling in the presence of room temperature thermal noise. By controlling the DW motion utilizing spin transfer or spin–orbit torques in association with voltage generated strain control of perpendicular magnetic anisotropy in the presence of Dzyaloshinskii–Moriya interaction, different positions of the DW are realized in the free layer of a magnetic tunnel junction to program different synaptic weights. The feasibility of scaling of such devices is assessed in the presence of thermal perturbations that compromise controllability. Additionally, an artificial neuron can be realized by combining this DW device with a CMOS buffer. This provides a possible pathway to realize energy-efficient voltage-controlled nanomagnetic deep neural networks that can learn in real time.

We propose a two-terminal nanomagnetic memory element based on magnetization reversal of a perpendicularly magnetized nanomagnet employing a unipolar voltage pulse that modifies the perpendicular anisotropy of the system. Our work demonstrates that the presence of Dzyaloshinskii–Moriya interaction can create an alternative route for magnetization reversal that obviates the need for utilizing precessional magnetization dynamics as well as a bias magnetic field that are employed in traditional voltage control of magnetic anisotropy (VCMA)-based switching of perpendicular magnetization. We show with extensive micromagnetic simulation, in the presence of thermal noise, that the proposed skyrmion-mediated VCMA switching mechanism is robust at room temperature leading to extremely low error switching while also being potentially 1–2 orders of magnitude more energy efficient than state-of-the-art spin transfer torque-based switching.

Nanomagnetic implementations of Boolean logic have attracted attention because of their nonvolatility and the potential for unprecedented overall energy-efficiency. Unfortunately, the large dissipative losses that occur when nanomagnets are switched with a magnetic field or spin-transfer-torque severely compromise the energy-efficiency. Recently, there have been experimental reports of utilizing the Spin Hall effect for switching magnets, and theoretical proposals for strain induced switching of single-domain magnetostrictive nanomagnets, that might reduce the dissipative losses significantly. Here, we experimentally demonstrate, for the first time that strain-induced switching of single-domain magnetostrictive nanomagnets of lateral dimensions ∼200 nm fabricated on a piezoelectric substrate can implement a nanomagnetic Boolean NOT gate and steer bit information unidirectionally in dipole-coupled nanomagnet chains. On the basis of the experimental results with bulk PMN–PT substrates, we estimate that the energy dissipation for logic operations in a reasonably scaled system using thin films will be a mere ∼1 aJ/bit.

We report experimental manipulation of the magnetic states of elliptical cobalt magnetostrictive nanomagnets (with nominal dimensions of ∼340 nm × 270 nm × 12 nm) delineated on bulk 128° Y-cut lithium niobate with acoustic waves (AWs) launched from interdigitated electrodes. Isolated nanomagnets (no dipole interaction with any other nanomagnet) that are initially magnetized with a magnetic field to a single-domain state with the magnetization aligned along the major axis of the ellipse are driven into a vortex state by acoustic waves that modulate the stress anisotropy of these nanomagnets. The nanomagnets remain in the vortex state until they are reset by a strong magnetic field to the initial single-domain state, making the vortex state nonvolatile. This phenomenon is modeled and explained using a micromagnetic framework and could lead to the development of extremely energy efficient magnetization switching methodologies for low-power computing applications.