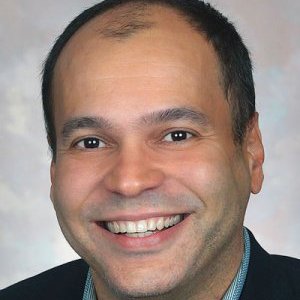 Electrical and Computer Engineering, University of Texas at Austin

Dr. Icaro dos Santos is an associate professor in MSOE's Electrical Engineering and Computer Science Department. He joined the MSOE faculty In 2016 after serving as a professor at universities in Brazil and the United States, and gaining industry experience as the CEO of Sleeping Apnea LLC and chief research officer of Astus Medical Manufacturing, among other industry positions.

Scholarship for high productivity in applied research for the industry, CNPq, Brazil

Coordination for the Improvement of Higher Education Personnel

We present the device design, simulation, and measurement results of a therapy device that potentially prevents sleep apnea by slightly increasing inspired CO2 through added dead space (DS). The rationale for treatment of sleep apnea with CO2 manipulation is based on two recently reported premises: (i) preventing transient reductions in PaCO2 will prevent the patient from reaching their apneic threshold, thereby preventing “central” apnea and instabilities in respiratory motor output; and (ii) raising PaCO2 and end-tidal CO2, even by a minimal amount, provides a strong recruitment of upper airway dilator muscles, thereby preventing airway obstruction. We have also provided the simulation results, obtained from solving the Navier–Stokes (NS) equations within the device volume. Therein, the NS equations are coupled with a convection–diffusion equation that represents the transport of CO2 in the device, thus enabling the transient simulation of CO2 propagation. Using this procedure, a prototype of variable volume dead space reservoir device was designed. Volumetric factors influencing carbon dioxide increases in the added reservoir (open-ended DS) were investigated. The maximum/minimum amount of CO2 concentration were obtained for the maximum/minimum device volume; 3.4 and 2.4 mol/m3 for the DS volumes of 1.2 and 0.5 × 10−3 m3, respectively. In all case studies, the CO2 buildup reached a plateau after approximately 20 breathing cycles. The experimental measurement results are in agreement with the simulation and numerical results obtained using the proposed simplified modeling technique, with a maximum relative error of 3.5%.

The main limitation of radiofrequency (RF) ablation numerical simulations reported in the literature is their failure to provide statistical results based on the statistical variability of tissue thermal-electrical parameters. This work developed an efficient probabilistic approach to hepatic RF ablation in order to statistically evaluate the effect of four thermal-electrical properties of liver tissue on the uncertainty of the ablation zone dimensions: thermal conductivity, specific heat, blood perfusion and electrical conductivity. A deterministic thermal-electrical finite element model of a monopolar electrode inserted in the liver was coupled with the unscented transform method in order to obtain coagulation zone confidence intervals, probability and cumulative density functions. The coagulation zone volume, diameter and length were 10.96 cm(3), 2.17 cm and 4.08 cm, respectively (P < 0.01). Furthermore, a probabilistic sensitivity analysis showed that perfusion and thermal conductivity account for >95% of the variability in coagulation zone volume, diameter and length.

Radiofrequency ablation has become an accepted treatment option of patients with primary and metastatic liver tumors. We propose an ablation electrode array consisting of 4–8 blade shaped electrodes arranged in a circular geometry for the treatment of large liver tumors. We developed a 3D code based on the finite difference method for evaluating the effect of different numbers of electrodes (4, 6 and 8) and electrode distance on lesion size. The configuration with six electrodes can ablate a volume of 70 × 70 × 40 mm3 in approximately 5 min, with tissue temperature above 50 °C throughout the treatment volume. We then performed an experimental study in polyacrylamide gel in order to validate the theoretical results. The average temperature error between the simulation and the experiment was 3.8% at the center of the electrode array. This study shows that the proposed device potentially allows more rapid treatment of large tumors than current radiofrequency ablation devices.

One of the current shortcomings of radiofrequency (RF) tumor ablation is its limited performance in regions close to large blood vessels, resulting in high recurrence rates at these locations. Computer models have been used to determine tissue temperatures during tumor ablation procedures. To simulate large vessels, either constant wall temperature or constant convective heat transfer coefficient (h) have been assumed at the vessel surface to simulate convection. However, the actual distribution of the temperature on the vessel wall is non-uniform and time-varying, and this feature makes the convective coefficient variable.

We measured the specific heat of liver tissue in vitro by uniformly heating liver samples between two electrodes. We insulated the samples by expanded polystyrene, and corrected for heat loss and water loss. The specific heat of the liver is temperature-dependent, and increases by 17% at 83.5 °C (p < 0.05), compared to temperatures below 65 °C. The average specific heat was 3411 J kg−1 K−1 at 25 °C, and 4187 J kg−1 K−1 at 83.5 °C. Water loss from the samples was significant above 70 °C, with ∼20% of reduction in sample mass at 90 °C.