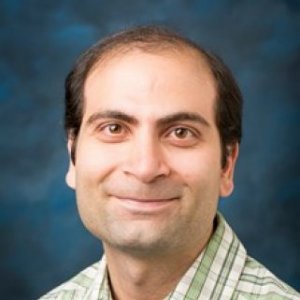 Dr. Hossein Asghari is with the Electrical Engineering and Computer Science Department at Loyola Marymount University in Los Angeles, as an Assistant Professor. Dr. Asghari's scientific contributions have resulted in 3 international patents (PCTs), 1 US patent, 10 provisional patents, 14 invited seminars, one book and 81 publications in high-impact international journals and conferences including 11 invited and post-deadline papers. His scientific works have been highlighted multiple times in well-recognized international magazines and he has been awarded numerous prizes, honors and recognitions from USA, Canada and international agencies. This includes the UCLA Chancellor's Award for Postdoctoral Research in 2014, awarded annually to six post-doctoral researchers among 1,167 post-docs in all the departments. Dr. Asghari is a member of the Optical Society of America (OSA) and the IEEE. He was the chair of Los Angeles Chapter of IEEE Photonics society. He was also the co-organizer of the conference on “Real-time Measurements, Rogue Events, and Emerging Applications” in SPIE Photonics West/OPTO 2016. He was the co-organizer and co-chair of the symposium on “Information processing for Big Data”, IEEE Global Conference on Signal and Information Processing (IEEE GlobalSIP 2014). He was also the co-organizer and co-chair of the annual Danish-Californian photonic workshop in connection with Optical Fiber Communication Conference (OFC 2015) supported by Danish Innovation Center from Denmark. He has served as the general co-chair in sub-conferences in SPIE 2014 and PIERS 2014 conferences. He was a reviewer for OSA Student Chapter Excellence Awards in 2012. He was the recipient of the NSERC and FQRNT post-doctoral fellowships in 2011 from the Government of Canada and Quebec Government, respectively. Dr. Asghari's contribution on Anamorphic data compression won the best paper award in IEEE International Symposium on Image Processing (ISSPT 2013). He currently serves as an Early Career Representative in Commission D (Electronics and Photonics) of International Union of Radio Science (URSI).