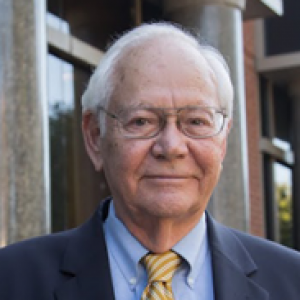 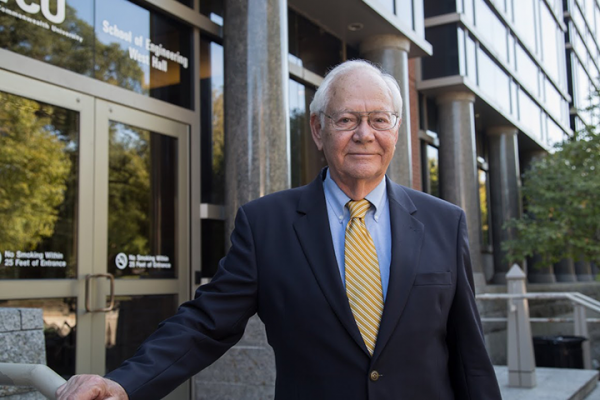 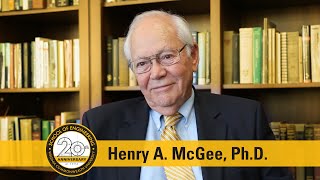 As founding dean of engineering, Henry McGee led the joint VCU/Virginia Tech project to bring quality engineering education to the metro Richmond area. McGee was educated in chemical engineering and theoretical chemistry at Georgia Tech and the University of Wisconsin. His professional work in teaching and in research over the years has reflected his dual interest in both science and engineering. He is a scientist, engineer, teacher, administrator and small-business man. He was on the faculty of Virginia Tech for 23 years, including 10 years as head of the Department of Chemical Engineering.

Immediately before coming to VCU, McGee served a three-year visiting appointment as a division director at the National Science Foundation. There he was responsible for a portfolio of research support in chemical and mechanical engineering at universities across the U.S. that annually totaled about $40 million. While at NSF, he created a new research program on environmentally conscience manufacturing that was the first program of federal support for what is now called green engineering.

He frequently is invited to speak before professional groups, and he has published dozens of technical papers in scientific literature. His most recent book, “Molecular Engineering,” was published in 1991. McGee has received many honors and awards. He was selected as one of five founding inductees into the Academy of Distinguished Engineering Alumni at Georgia Tech and later selected to the Engineering Hall of Fame at Georgia Tech.