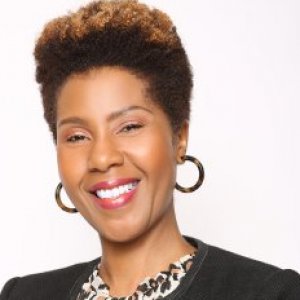 Darnise C. Martin holds a doctorate in Religious Studies from the Graduate Theological Union in Berkeley, California. Dr. Martin is a Clinical Assistant Professor at Loyola Marymount University teaching courses in Theology and African American Studies since 2005. She is the author of a book and several articles including Beyond Christianity: African Americans in a New Thought Church (New York University Press, 2005), and co-editor of Women and New and Africana Religions, a volume within the Women in Religions Series for Praeger Press (Praeger, 2009). Dr. Martin is also an active scholar and media consultant. She has been featured on Tavis Smiley’s radio program on National Public Radio (NPR), has appeared on KJLH radio in Los Angeles, as well as a number of internet radio programs. She was the research consultant on the feature length documentaries Dark Girls and the follow up Light Girls for the Oprah Winfrey Network.
She continues to conduct research on the diversities of African-American religions.