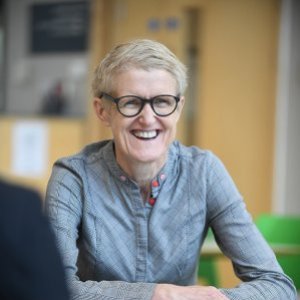 Her research explores the link between healthier eating and preventing brain disease. 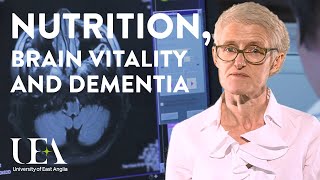 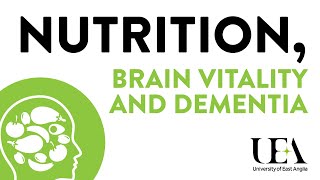 Anne-Marie Minihane is Professor of Nutrigenetics and Head of Nutrition and Preventive Medicine in the Norwich Medical School at UEA. She is also the Director of Norwich Institute of Healthy Ageing (NIHA). Her research explores the link between healthier eating and preventing brain disease – with particular interest in the health benefits of omega-3 fatty acids and Mediterranean-style diets. She is exploring the link between food, brain cognition and Alzheimer’s disease. She is working on a pilot study of the brain health benefits of omega-3 rich diets across the UK and a project with the University of Illinois on medicinal foods to reduce Alzheimer’s disease risk. Alongside this she has been exploring Apolipoprotein E4 (apoE4) as a prevalent genetic risk factor for heart disease and for Alzheimer’s Disease. Anne-Marie’s early career research was into diet and heart disease.

Institute of Food Research and National Universities of Ireland

Professor Anne Marie Minihane (UEA), Dr Valerie Gladwell (Essex) and Dr Glen Davison (Kent) discuss what we mean by wellbeing, how lockdown has impacted on it, and what we can do to keep healthy and well in the current situation.

Coronavirus: Should I worry about my lockdown eating?

"The best I could equate it to is what happens to us during holiday periods, when we kind of throw caution to the wind and think: 'It's holiday time,'" says Prof Anne-Marie Minihane, from Norwich Medical School, and the study's lead on nutrition and eating behaviour.

Prof Anne-Marie Minihane, from Norwich Medical School, is leading part of a clinical trial, known as the Med-Ex Feasibility Study. The six-month trial is designed to encourage people with a higher risk of heart disease to adopt a Mediterranean-style diet and take more exercise.

Even the smallest amounts of fish oil can reduce blood pressure (BP), but only in those who have a history of hypertension, a study has determined.

Female APOE4 carriers have a greater predisposition to developing Alzheimer’s disease (AD) compared to their male counterparts, which may partly be attributed to menopause. We previously reported that a combination of menopause and APOE4 led to an exacerbation of cognitive and neurological deficits, which were associated with reduced brain DHA and DHA:AA ratio.

The omega-3 polyunsaturated fatty acids (n-3 PUFAs), eicosapentaenoic acid (EPA) and docosahexaenoic acid (DHA), mediate inflammation in large part by affecting pro-inflammatory and anti-inflammatory/pro-resolving oxylipin concentrations. Common gene variants are thought to underlie the large inter-individual variation in oxylipin levels in response to n-3 PUFA supplementation, which in turn is likely to contribute to the overall heterogeneity in response to n-3 PUFA intervention.

There is a drive in the UK to harness findings from novel fundamental and efficacy nutritional research and, through inter-disciplinary and multi-agency collaborations, to improve eating behaviour for the benefit of population health. This report summarises the progress made during the Medical Research Council-funded Hot Topic workshop on the planning for a potential UK-wide nutrition primary prevention randomised controlled trial with incident disease as the study endpoint: the UK Nutrition and Healthy Life Expectancy (NuLifE) Trial.

Mediterranean diet and the hallmarks of ageing

Ageing is a multifactorial process associated with reduced function and increased risk of morbidity and mortality. Recently, nine cellular and molecular hallmarks of ageing have been identified, which characterise the ageing process, and collectively, may be key determinants of the ageing trajectory. These include genomic instability, telomere attrition, epigenetic alterations, loss of proteostasis, deregulated nutrient sensing, mitochondrial dysfunction, cellular senescence, stem cell exhaustion and altered intercellular communication.

Short-term effects of a Mediterranean-style dietary pattern on cognition and mental wellbeing: A systematic review of clinical trials

Although the long-term effects of a Mediterranean-style dietary pattern (MDP) on cognition and overall mental well-being have been consistently described, the short-term effects of the MDP on cognitive performance, mood and anxiety have not been as widely reviewed. Therefore, the aims of this systematic review were to synthesise the evidence from randomised controlled trials (RCT), to examine whether a MDP can alter cognition and overall mental well-being in the short-term (up to 10 d). This will also be used to identify research gaps and to inform the design of future acute RCT in the area.