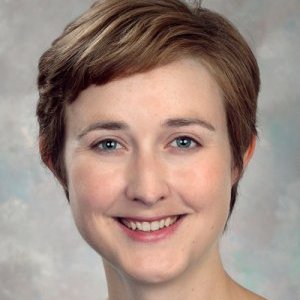 2019-2020 The award was established by the university in 1967 to recognize excellence in teaching. All nominees for this award must have a minimum of seven years of full-time service to MSOE. Students choose the award winner through two rounds of voting.

Interactions of Plants and Engineered Nanoparticles

The increasing likelihood of silver nanoparticle (AgNP) releases to the environment highlights the importance of understanding AgNP interactions with plants, which are cornerstones of most ecosystems. In this study, poplars (Populus deltoides × nigra) and Arabidopsis thaliana were exposed hydroponically to nanoparticles of different sizes (PEG-coated 5 and 10 nm AgNPs, and carbon-coated 25 nm AgNPs) or silver ions (Ag+, added as AgNO3) at a wide range of concentrations (0.01 to 100 mg/L). Whereas all forms of silver were phytotoxic above a specific concentration, a stimulatory effect was observed on root elongation, fresh weight, and evapotranspiration of both plants at a narrow range of sublethal concentrations (e.g., 1 mg/L of 25 nm AgNPs for poplar). Plants were most susceptible to the toxic effects of Ag+ (1 mg/L for poplar, 0.05 mg/L for Arabidopsis), but AgNPs also showed some toxicity at higher concentrations (e.g., 100 mg/L of 25 nm AgNPs for poplar, 1 mg/L of 5 nm AgNPs for Arabidopsis) and this susceptibility increased with decreasing AgNP size. Both poplars and Arabidopsis accumulated silver, but silver distribution in shoot organs varied between plant species. Arabidopsis accumulated silver primarily in leaves (at 10-fold higher concentrations than in the stem or flower tissues), whereas poplars accumulated silver at similar concentrations in leaves and stems. Within the particle subinhibitory concentration range, silver accumulation in poplar tissues increased with exposure concentration and with smaller AgNP size. However, compared to larger AgNPs, the faster silver uptake associated with smaller AgNPs was offset by their toxic effect on evapotranspiration, which was exerted at lower concentrations (e.g., 1 mg/L of 5 nm AgNPs for poplar). Overall, the observed phytostimulatory effects preclude generalizations about the phytotoxicity of AgNPs and encourage further mechanistic research.

A cyclohexanone monooxygenase (CHMO) from the xenobiotic-degrading Polaromonas sp. strain JS666 was heterologously expressed in Escherichia coli, and its ability to catalyze enantio- and regiodivergent oxidations of prochiral and racemic ketones was investigated. The expression system was also used to evaluate this enzyme's potential role in the oxidation of cis-1,2-dichloroethene (cDCE), a groundwater pollutant for which strain JS666 is the only known assimilator. The substrate enantiopreference and -selectivity of the strain JS666 CHMO is similar to that of other CHMO-type enzymes; of note is this enzyme's excellent stereodiscrimination of 2-substituted cyclic ketones. The expression system exhibits no activity with ethene or cDCE as substrates under the tested conditions. Phylogenetic analysis shows that sequence variability among cyclohexanone monooxygenases could be a rich source of new enzyme activities and attributes.

Extensive use and inadequate disposal of chloroethenes have led to prevalent groundwater contamination worldwide. The occurrence of the lesser chlorinated ethenes [i.e. vinyl chloride (VC) and cis-1,2-dichloroethene (cDCE)] in groundwater is primarily a consequence of incomplete anaerobic reductive dechlorination of the more highly chlorinated ethenes (tetrachloroethene and trichloroethene). VC and cDCE are toxic and VC is a known human carcinogen. Therefore, their presence in groundwater is undesirable. In situ cleanup of VC- and cDCE-contaminated groundwater via oxidation by aerobic microorganisms is an attractive and potentially cost-effective alternative to physical and chemical approaches. Of particular interest are aerobic bacteria that use VC or cDCE as growth substrates (known as the VC- and cDCE-assimilating bacteria). Bacteria that grow on VC are readily isolated from contaminated and uncontaminated environments, suggesting that they are widespread and influential in aerobic natural attenuation of VC. In contrast, only one cDCE-assimilating strain has been isolated, suggesting that their environmental occurrence is rare. In this review, we will summarize the current knowledge of the physiology, biodegradation pathways, genetics, ecology, and evolution of VC- and cDCE-assimilating bacteria. Techniques (e.g. PCR, proteomics, and compound-specific isotope analysis) that aim to determine the presence, numbers, and activity of these bacteria in the environment will also be discussed.

Polaromonas sp. strain JS666 is the only isolated bacterium capable of aerobic growth using the groundwater pollutant cis-1,2-dichloroethene (cDCE) as a sole carbon source. Its genome has a wealth of evidence of recent gene acquisition through horizontal gene transfer, and contains gene clusters predicted to encode enzymes allowing the metabolism of a wide variety of xenobiotic compounds. Culture growth using each of these hypothesized substrates was tested experimentally, and many were confirmed as sole carbon sources for strain JS666. In addition to pollutant degradation, many of these metabolic pathways have applicability in the field of biocatalysis, as does the genome-assisted pathway prediction approach to biocatalyst discovery.

During (or immediately following) growth on cDCE, cultures of Polaromonas sp. strain JS666 oxidize ethene to epoxyethane at an increased rate, and also cometabolically oxidize several other chlorinated ethenes. Given the involvement of a monooxygenase in other species' 1-chloroethene (vinyl chloride) oxidation, it was hypothesized that alkene oxidation in strain JS666 was due to the activity of a monooxygenase that also was responsible for the first step in cDCE oxidation. The alkene oxidation activity of strain JS666 was investigated using gene expression analysis, proteomics, and whole-cell kinetic assays. Results of these experiments pointed to the upregulation of a cyclohexanone monooxygenase (CHMO) during growth on cDCE and during oxidation of ethene.

To determine the activity of this cyclohexanone monooxygenase, its gene was cloned and heterologously expressed in an E. coli host. Our CHMO expression system exhibited activity on cyclohexanone, but not cDCE or ethene, disproving our hypothesis about its involvement in alkene oxidation. The heterologously expressed monooxygenase was also investigated for enantioselective oxidation of racemic cyclic ketones to chiral lactones, and was discovered to have very high enantioselectivity with the tested compounds. Chiral lactones and other single-enantiomer oxidation products are valuable for fine chemical synthesis, and their biocatalytic production is more environmentally sustainable and often less expensive than traditional techniques.

view more
The genome of Polaromonas sp. strain JS666: insights into the evolution of a hydrocarbon-and xenobiotic-degrading bacterium, and features of relevance to biotechnology | Applied and Environmental Microbiology

Polaromonas sp. strain JS666 can grow on cis-1,2-dichloroethene (cDCE) as a sole carbon and energy source and may be useful for bioremediation of chlorinated solvent-contaminated sites. Analysis of the genome sequence of JS666 (5.9 Mb) shows a bacterium well adapted to pollution that carries many genes likely to be involved in hydrocarbon and xenobiotic catabolism and metal resistance. Clusters of genes coding for haloalkane, haloalkanoate, n-alkane, alicyclic acid, cyclic alcohol, and aromatic catabolism were analyzed in detail, and growth on acetate, catechol, chloroacetate, cyclohexane carboxylate, cyclohexanol, ferulate, heptane, 3-hydroxybenzoate, hydroxyquinol, gentisate, octane, protocatechuate, and salicylate was confirmed experimentally. Strain JS666 also harbors diverse putative mobile genetic elements, including retrons, inteins, a miniature inverted-repeat transposable element, insertion sequence transposases from 14 families, eight genomic islands, a Mu family bacteriophage, and two large (338- and 360-kb) plasmids. Both plasmids are likely to be self-transferable and carry genes for alkane, alcohol, aromatic, and haloacid metabolism. Overall, the JS666 genome sequence provides insights into the evolution of pollutant-degrading bacteria and provides a toolbox of catabolic genes with utility for biotechnology.