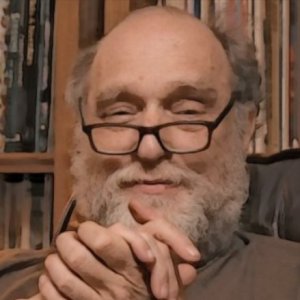 Dr. TR Hudrlik has been a Biomedical/Biophysics Research Scientist and Inventor for over 35 years.

Dr. TR Hudrlik studied under Dr. Otto H. Schmitt, the Schmitt Trigger, as a graduate student. He developed techniques to control the electrocautery’s ability to produce action coagulation and fulgeration by dynamically adjusting the effective output impedance under dynamic microprocessor control, an 8085. He was Co-Author of an NIH grant as a graduate student titled Automated Impedance Bioassay Measurement Technique for Cystic Fibrosis.

He moved to industry with CPI where he designed the sensing and the rate responsive analog computer and did the clinicals on the RS4 pacemaker the world’s first chronically implanted rate responsive pacemaker. He moved to Dahlberg a large hearing aid company where he endeavored to develop techniques that would alter the hearing curves of response gradually to help recipients train their brain to the prosthetics hearing augmentation.

At Medtronic he managed a large team of software and hardware engineers that developed a computer based office practice system that would collect and coordinate real time telemetered pacemaker data and other aspects of the patient data. He moved to the Pacemaker Division as a Research Scientist later to become a Sr. Research Scientist. In Research he developed an in Vitro technique to calibrate and prove the function of an implantable pressure sensor proximal to the leads distal pacing tip. He then developed a new sensing technique that had a signal to noise ratio over 40db better than that of the present sensing techniques used. This technique was able to reliably detect the evoked response from a successful paced beat. This technique was also shown to be capable of tracking the presence and progress of Congestive Heart Failure as well as proving its ability to monitor and track the impact of ion channel impacting cardio-active drugs. He has produced over a dozen patents demonstrating these new sensing and stimulation techniques.

He went back to the University of Minnesota at 52 to finish an earlier started PhD program to detail the Electromagnetic Field theoretical basis of the new sensing technique called the Field Density Clamp. The title of the thesis is Sensing with Macro Electrodes. The technique details how to break from the traditional high input impedance sense amplifiers by widening the approach to use variable input impedance including shorting the electrodes and measuring the short circuit current that then flows between the two shorted electrodes.

Electronic capture detection for a pacer

Automated Impedance: A Case Study in Microprocessor Programming | Computers in Biology and Medicine 11(3):153, 1981

An automated system for measuring biological impedances is described. A microcomputer system is utilized for experimental control, data acquisition, and data reduction. The developed software uses high-level languages and the ability to mix subroutines written in different languages, which are available for microcomputer systems. The software control of analog-to-digital and digital-to-analog conversions is also discussed. The pitfalls, as well as the advantages, of employing a microcomputer system in a task-dedicated laboratory system are presented.

The short circuit current rat jejunum bioassay, first employed in an attempt to discern the cystic fibrosis (CF) serum "factor," was evaluated using sera from patients with pancreatic disease. The data suggest other pancreatic diseases, specifically genetic diabetes and alcoholic pancreatitis, also present with a serum "factor" (or "factors") which reduce the short circuit current of rat jejunum, an effect very similar to that of the CF serum "factor." A large number of sera from presumed normal subjects also exhibited a significant reduction in short circuit current; these (false positives) represent a yet to be defined mechanism, however, they do decrease the likelihood that the observed effect is merely due to pancreatic destruction. Detailed procedure and equipment specifications for the bioassay system are included.