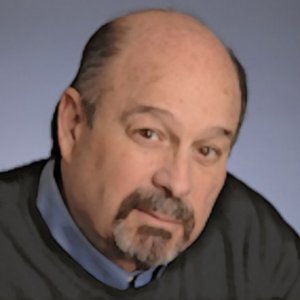 Ron Laurie has worked in Silicon Valley since before it had that name.

Ron Laurie has worked in Silicon Valley since before it had that name, initially as a systems engineer at Lockheed Missiles & Space Company and later as an intellectual property lawyer and patent strategist. In 2004, he launched Inflexion Point Strategy, the first boutique IP investment bank. With offices in Silicon Valley, Taiwan and Singapore, Inflexion Point advises technology companies and institutional investors around the world in acquiring, divesting and investing in IP-rich companies, businesses units, technologies, and strategic IP assets in the form of patent portfolios, exclusive field-of-use rights and related know-how.

Ron is also the Chairman of InventionShare, a new kind of open innovation company that transforms breakthrough technologies into globally deployed innovation with high social impact. He is a director at Wi-LAN, Inc., one of the oldest and most successful publicly-traded patent licensing companies. He is on the advisory boards of the Hoover Institution Working Group on Intellectual Property, Innovation, and Prosperity (IP2) at Stanford, the Silicon Valley Chapter of the Licensing Executives Society, and the Certified Patent Valuation Analyst accreditation program. He has been listed as one of the world’s leading IP strategists by Intellectual Asset Management (IAM) Magazine every year since 2008 when the listing was created.

Prior to launching Inflexion Point, Ron was a founding partner of Skadden Arps' Silicon Valley office, where he chaired the firm's IP Strategy and Transactions Practice Group for six years and led IP teams in some of the largest high-tech and life sciences M&A, spin-out and joint venture deals ever done, worth over $50 billion in the aggregate. He was also a founding partner of the Silicon Valley offices of Weil, Gotshal and Irell & Manella.

Ron has taught courses on patent law and IP strategy at both Stanford and Boalt (UC Berkeley) law schools.