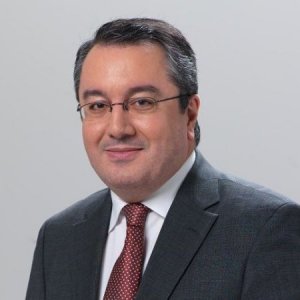 Professor Mossialos's research interests are health systems and policy, with a specific focus on the impact of EU law on health care systems 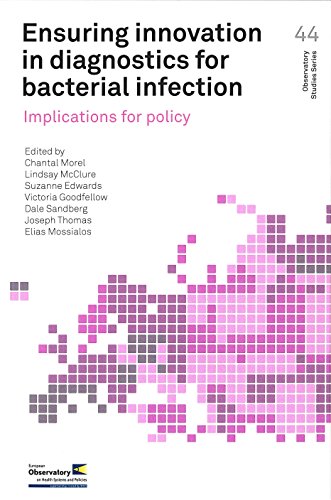 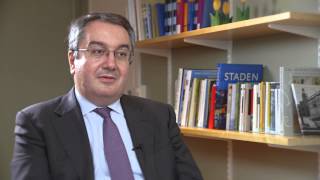 Elias Mossialos is Brian Abel-Smith Professor of Health Policy in the Department of Social Policy at the London School of Economics and Political Science and Director of LSE Health. He is also the Co-Director of the European Observatory on Health Systems and Policies. He has served as an advisor to several agencies including WHO, the European Parliament, the European Commission, the World Bank, Ministries of Health and Social Affairs in Belgium, Brazil, Cyprus, Greece, Russian Federation, Slovenia, South Africa and Sweden and health insurance funds in Austria, Croatia and Hungary. He has been a member of the management board of the European Medicines Evaluation Agency (2000-2003) and has contributed to the work of the International Forum on 'Common access to health care services' co-ordinated by the health ministers of Sweden, UK and New Zealand. In 2002 and 2007 he won the European Health Management Association's annual prize for the best publication in health policy and management in Europe. In 2010 he was awarded the Andrija Stampar medal by the Association of Schools of Public Health in Europe (ASPHER) and the European Public Health Association (EUPHA), for contributions to European public health.

Elias is a Fellow of the Faculty of Public Health (FFPH) and of the Royal Colleges of Physicians in London and Edinborough and and Honorary Consultant in Public Health with the South East London NHS Strategic Health Authority. He is an Honorary Professor at the University of Copenhagen, Imperial College, the London School of Hygiene & Tropical Medicine and L'Ecole des Hautes Etudes en Santé Publique in France. He edits the Cambridge University Press Health Economics, Policy and Management book series and co-edits an Open University Press book series on Health Care Systems. He is co-editor in chief of Health Economics, Policy and Law, a journal published by Cambridge University Press, and editor in chief of the Health Systems in Transition reports published by WHO.

Awarded by the London School of Economics

Fellow of the Faculty of Public Health | professional

Fellow of the Royal Colleges of Physicians of London and Edinburgh

Bergström in the Crossfire

Bergström shared the platform with Professor Elias Mossialos of the London School of Economics and Els Torreele, Director of Access to Medicines and Innovation at Open Society Foundations, who both directed a litany of charges at the industry for its lack of transparency, its greed, monopolistic practices and, well, general egregiousness...

“We have been struck by the profound vacuum of robust evidence on the role of the EU in our health system” says co-author Professor Elias Mossialos, Chair in Health Policy and Management at Imperial, and Brian Abel-Smith Professor of Health Policy at the London School of Economics...

Our cancer care is not giving us value for money

But are we getting good value from the money we do spend on cancer drugs? No, according to a recent paper by Professor Elias Mossialos and Sebastian Salas-Vega from the Institute of Global Health Innovation and the London School of Economics...

The Antibiotics Crisis: How Did We Get Here And Where Do We Go Next?

In that article, authors Chantal Morel and Elias Mossialos of the London School of Economics and Political Science, cite that in 2004, only 1.6 per cent of drugs in the pipeline of the world's 15 largest drug companies were antibiotics, and give a number of reasons why the companies have reduced investment in antibiotics research...

Elias Mossialos, professor of health policy at LSE, led the research and has called for governments to do more to tackle the problem. He told CNN that penicillin is becoming obsolete in some developing countries, as well as in France, Spain and Romania, because of over-prescription by doctors and pharmacists...

Despite the growing threat of antimicrobial resistance, pharmaceutical and biotechnology firms are reluctant to develop novel antibiotics because of a host of market failures. This problem is complicated by public health goals that demand antibiotic conservation and equitable patient access. Thus, an innovative incentive strategy is needed to encourage sustainable investment in antibiotics. This systematic review consolidates, classifies and critically assesses a total of 47 proposed incentives...

Over the past year, two major policy initiatives have been introduced focusing on stimulating antibiotic development for human consumption. Though both have similar goals, the approaches are unique and worthy of consideration. This manuscript utilizes a previously published framework for evaluation of antibiotic incentive plans to clearly identify the strengths and weaknesses of each proposal...

Despite the large number of new medicines entering the market every year, the vast majority offer few clinical advantages for patients over existing alternatives. Governments and pharmaceutical companies share the responsibility for this innovation deficit in the sector...

view more
Double failure: the shared accountability of governments and firms for the innovation deficit in the pharmaceutical sector | British Medical Journal

Despite the large number of new medicines entering the market every year, the vast majority offer few clinical advantages for patients over existing alternatives. Governments and pharmaceutical companies share the responsibility for this innovation deficit in the sector...

There is growing enthusiasm for the timely publication and sharing of clinical trial data. The rationale for open access includes greater transparency, reproducibility, and efficiency of the research enterprise. However, there are significant practical, methodological, financial, and legal challenges to this utopian open access that need to be continually addressed. Sharing clinical trial data openly will only occur when the previously tolerated process of clinical research involving direct ownership and secrecy is abandoned for a new culture in which medical science is open to all of its stakeholders...